Skip to content
Everything you need to know about Trucker hat

Everything you need to know about Trucker hat 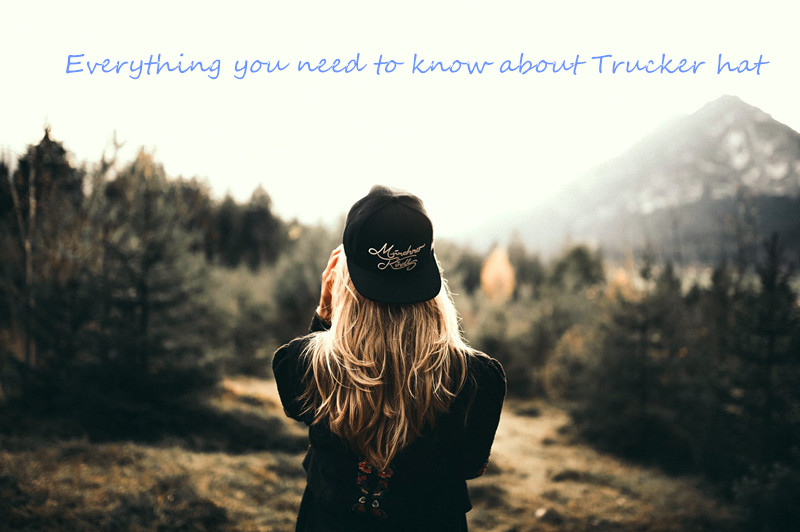 Trucker hats are by no means a new name in the fashion industry. Since the 70s, it has been a staple style in the headwear space in the United States and other parts of the world.

Do you know that Trucker hats weren’t always as popular as they are right now? Initially, they were seen as a promotional giveaway item. But as time slowly went by, trucker hat rose to the top of the fashion arena.

The reason why it was able to rise to the top so quickly is that it is stylish and functional. When people saw how trucker hats complemented most casual outfits, they became crazy about it and wore it often.

But that is not all, besides being fashionable; trucker hats had features that made them more comfortable, breathable, and versatile than other hats.

Whether you are looking to promote your brand, sell hats for outdoor events, or are just curious about trucker hats, you are going to benefit from this article.

What are trucker hats?

Trucker hats have distinct features that set them apart from other hats out there.
They have a snapback closure, side panels, a polyester mesh backing, and a foam front. The mesh backing of the hat makes it breathable.
Trucker hat is designed this way because they were initially made as giveaway items that would be worn by working men (farmers, mechanics, loggers, truckers, and so on).
Some trucker hats have snap adjusters that allow users to increase or reduce it fits. There are trucker hats with flat peaks, which suit perfectly with the latest fashion trends.

Why are they called truck hats?

As previously mentioned, the trucker hat has been around since the early 70s. Back then, rural businesses give them out as promotional items to farmers, truckers, and other workingmen. Later on, they were labeled by many as trucker hats.
Because these modified baseball hats were somewhat cheap and had a stiff foam front designed to display logos, there were very popular back then.

Why trucker hats were so popular back then and right now?

In the 70s and 80s, trucker hats were mostly worn by blue-collar workers who spend most of their time in the outdoors. Because the hat complemented most casual outfits and created an outdoor look, they were the go-to hat for most working-class Americans in rural areas.
In early 2000, trucker hat took center stage in the fashion industry and become a pop culture thing when famous celebrities like Pharrell Williams, Justin Timberlake, and Ashton Kutcher started wearing them to major events and on national TV.
Because trucker hats were so popular back then, brands like Von Dutch, Ed Hardy, and Vans had them on their shelves.
In recent times, celebrities like Kylie Jenner, David Beckham, Rihanna, Justin Bieber, and Rita Ora have been seen rocking trucker hats. This is likely the reason why trucker hats are trending and have made several appearances in fashion runways over the last couple of years.

What type of trucker hats is trending right now?

While the major features of a trucker hat have stayed the same, a few changes have been made by designers to make them more fashionable and modern.
Presently, there are trucker hats with denim front, patch logo, and poly blend front on the market.
Since 2016, celebrities like Justin Bieber, Britney Spears, Kylie Jenner, and many others have been spotted wearing them.
Thanks to new technologies, trucker hats can be customized to look and fit the way you want.

Trucker hats and snapbacks- what set them apart?

To the untrained eye, a snapback and a trucker hat may look somewhat the same. But that is far from the truth because there are a lot of things that set them apart.
Snapbacks are basically a six-panel baseball cap that has an adjustable snap closure and a wide flat bill. They are usually made of materials like straw, wool, and polyester.
Trucker hats, on the other hand, have a mash or netback and are made with foam, plastic, or mesh fabric.

As previously mentioned, high-end brands like Forever 21, Patagonia, Levi’s, and Von Dutch currently have trucker hats on their shelves. The reason for this is that they are trending, and everyone is crazy about them.
That said, some cap brands have consistently made premium quality trucker hats over the years. Below are four of them.
• Pacific
• New Era
• Richardson
• Imperial
These brands have a good track record and are dedicated to making top-notch products.

How to customize your trucker hat

If you want to promote your brand or business with your trucker hat, you are likely going to be concerned about how to go about customizing it.
See, you do not have to be worried, because customizing a trucker hat isn’t as difficult as you probably thought.
The first and likely the most critical thing you have to do is to narrow down the trucker hat you want to customize.
As you probably know, trucker hats have a stiff foam front where everything from text to logos and art can be printed on. But do you that not all trucker hats are great for customization?
Best trucker hats for embroidery customization

It is easy to assume that all trucker hats can be customized but that is far from the truth. You see, trucker hats with stiff front panels made from materials like polyester, denim, and cotton, are perfect for embroidery.

In the world of fashion, fits is king.
So before opting for any trucker hat, you must check if it fits you properly.
Of course, there are trucker hats that have adjustable closures, but if they don’t fit you well or are too tight, you may need to order a customized hat.
Below are some effective tips that will make your trucker hat fit you well.
Break-in your trucker hat
Wearing your hat as often as possible is one of the most effective ways to break it and make it fit you better.
Another way to break in your hat and ultimately make it conform to your head shape is by wetting it with warm water and putting it on a round object that is about the same size of your head and allowing it to air dry.
Note that drying it with sunlight may make its colors fade.
Opt for unstructured trucker hats
If you don’t want to go through the hassle of breaking-in your cap, you should opt for an unstructured trucker hat, as they fit a whole lot better than a structured trucker hat.

How to take care of your trucker hat

To keep your trucker hat in great shape and color, there are a few things you must do. Below are some of them.
Storage
When not in use, it is best to hang your hat in an area that is free of moisture, dirt, and dust. Ensure that the area is well ventilated so that mold and unpleasant odor don’t build up.
Cleaning
Spot clean stains and dirt as soon as you can, so that they don’t spread and dry up. Note that dried stains are very difficult to clean.
Hand wash
Hand-wash your trucker hat when needed to get rid of dirt deposit. When washing, focus on the sweatbands.
Machine wash
Do not use a washing machine to wash and dry your cap, as it can damage it seams and stitches. Instead, use a toothbrush and mild detergent to wash your hat. When you are done washing, do not submerge it in water. Instead, hold it by the edge and rinse in cool running water.